Our staff have over 100 years of experience in minerals processing testwork, including plant and laboratory experience worldwide.

Graeme has over 35 years experience in minerals processing, specialising in flotation. He commenced with minerals testing in a laboratory, then plant experience with a gold heap leach and CIP operation in Western Australia. He worked for six years with Mount Isa Mines from 1980, in the crushing, grinding, flotation plants, pilot plants and laboratory, with copper, lead, zinc and silver metallurgy. From 1986 he was the metallurgical manager of Enviromet (a metallurgical laboratory previously in Sydney); and was founder and owner of Metcon Laboratories, which was sold to AMMTEC. The most recent ten years has included consulting to several companies: Tall Bennett (mining chemicals); Ausmelt (for development of their hydroxamate oxide mineral collector, AM2); and several other mine site auditing and site metallurgical projects. He has built AMML as a fully operational and independent commercial testing laboratory.

Timothy obtained his degree in Chemical Engineering from the University of New South Wales (UNSW). He worked in industry as a process engineer before returning to UNSW and completing his Master of Chemical Engineering degree, majoring in water treatment. Following his degree, he joined Metcon Laboratories in 2005. Based in Sydney, he also gained plant experience working in mines in Queensland. He joined AMML in 2007.

Tim started at Metcon Laboratories in 2001 as a laboratory technician. During this time, Tim completed a Graduate Diploma of Metallurgy at the Kalgoorlie School of Mines and worked his way to becoming a senior metallurgist at Metcon. He has experience in all areas of laboratory work including comminution testwork, gravity separations, flotation and leaching. Over the years, Tim has also spent short periods of time at various mine sites such as Ok Tedi and Cadia, helping their on-site laboratories. Tim joined AMML in 2013. 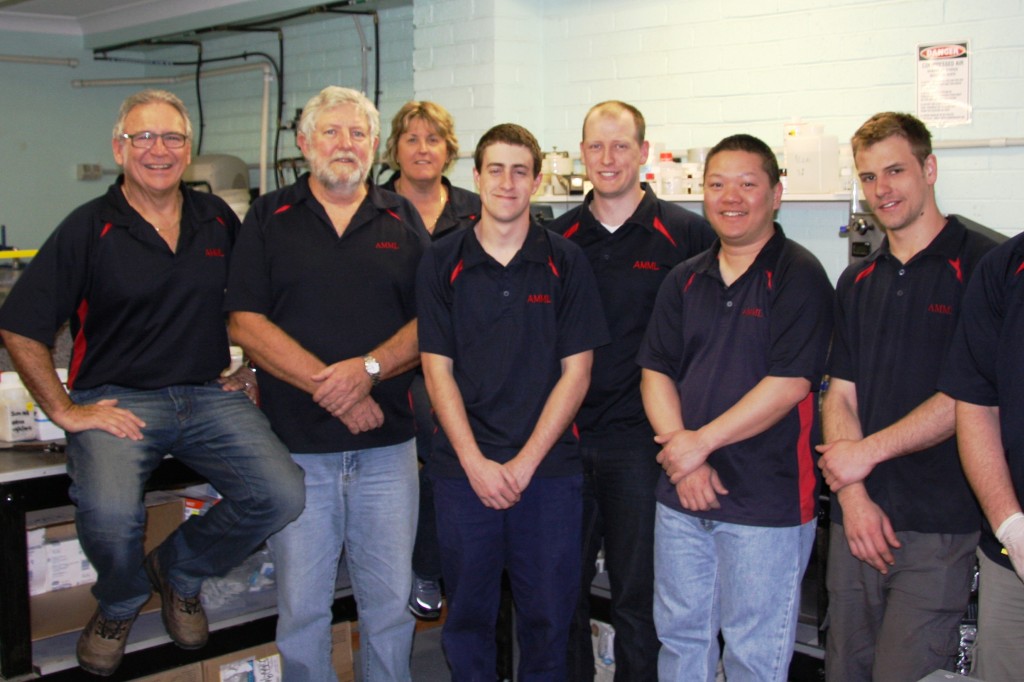 We have been involved in testwork and plant operations at many of the world’s biggest mines throughout South America, North America, Africa, Asia, Papua New Guinea, New Zealand and Australia.

Phill worked at AMML on a casual basis for 3 years while completing a BEng in Chemical Engineering at the University of Newcastle. Since joining the team full-time in 2011, Phill has been heavily involved in base metals flotation and mineral sands laboratory testwork. Phill has also provided on-site flotation circuit assistance at a number of site operations in Central NSW.

Gary has been with AMML since its formation and completed his degree in Chemical Engineering at the University of Newcastle while working part time in both metallurgist and technician roles. He has worked in a wide range of testwork programs, with a particular focus on extractive metallurgy and gravity processing.

Jarred joined the AMML team in 2011 and has gained experience in sample preparation and gold leaching, gravity and comminution testwork.